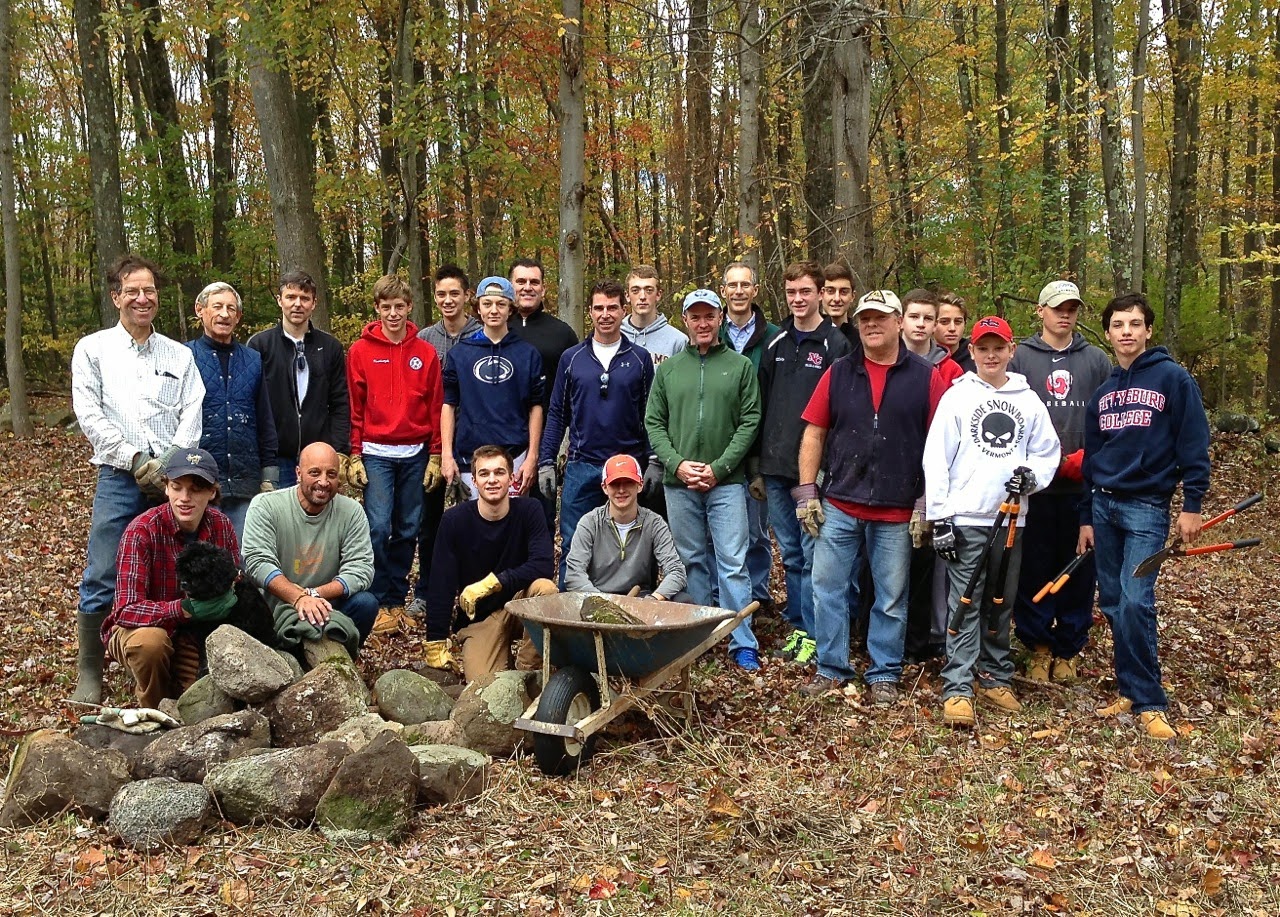 Dear NCLT’ers, Although a new school year is well underway some things remain the same. The SLOBs under the guidance of the Newtons put in a very effective morning at Symington. We even had a SLOB’s dad, Brayson Dresser show up to help without his son who happened to be taking the PSATs. Our group was smaller than what we have seen in the past which must have meant everyone worked harder since we accomplished nearly all we set out to do. Mr. Dresser spearheaded the drive to devine the northwest quadrant of the property while the Newton’s cleared undergrowth and an unsightly collection of random logs by the Wellesley entrance that detracted from the charm of the entrance. We then regrouped and were up to full force with our SLOBs team. We proceeded to tackle the unthinkable as we ventured into the dried pond bed (Only possible once in five years) and hauled, rolled and shoved decades of tree debris from the pond bed. We were ready to call it a morning when we had a huge surprise! The NCLT former President, Chris Schipper, showed up in clothes, totally unsuitable for work. Tweed jacket, pressed pants and a cute hat. Second surprise was he took off his tweed jacket and worked along with the guys but he still left the hat on (hence no photos to spare NCLT embarrassment). I guess that spirit is why he was selected by Art Potts as the President. With the critical mass we now had we took down a tree precariously leaning trail side using a combination of force and finesse. We also did some casual planning on means to address the trail erosion. Based on schedules that may be tackled at the next SLOBs day onSaturday, November 12th. Mark the date as all will be welcome then as well.
Over the horizon we will need to consider means to address the roadside parking and erosion at the Wellesley entrance. Our success at Symington has created an overuse problem with both parking and roadside erosion. We will need Town help on this but should start talking about solutions. Haik Kavookjian
NCLT Head Steward